Add a touch of lavender with your orange and black

It's October and perhaps you, like myself, enjoy some seasonal stories that also feature lesbians. Add a little touch of lavender with your orange and black, if you will. Here is a list of some of my favorite otherworldly stories featuring lesbians. Not a list for fans of serious horror stories, many of these books are more lesbian fantasy romance with a supernatural twist. The short story anthologies are more mixed both with gay men as well as lesbians and by degree from little spooky to downright horror. For the most part these lavender pumpkins fall into three broad themes: Stories featuring goddess-worshipping women, stories with preternatural creatures, and stories haunted by ghosts. Then a few anthologies that mix these elements. Over all, it’s a kind of “Caldrons and Critters and Haints, Oh My!” collection.

Caldrons
There are a number of stories that make reference to witches, especially in regard to Wicca/Pagan traditions. Laura Adams (a pen name for Karin Kallmaker aka "the Queen

of Lesbian Romance") has some wonderful "witchy" romances. Foremost are the first two titles in her "Tunnel of Light Trilogy." The hauntingly powerful story of Ursula and Autumn touches on Goddess worship of the pre-Christian era, its survival in generations since the fall of Rome. Kallmaker weaves a haunting cycle of magic and reincarnation beginning with Sleight of Hand and followed by Seeds of Fire. Powerful, mythic and erotic, we are still waiting for the conclusion. The finale, "Forge of Virgins" has yet to be released. However, in 2008, Kallmaker released an edited and expanded version of Christabel, her retelling of the Samuel Taylor Coleridge poem, which weaves historic and contemporary lives together with two very touching love stories. This title is well worth a Halloween purchase.

Jean Stewart's Isis Series begins with Return to Isis and is set in a futurist, post-pandemic world. Several of the women of Freeland have worked to develop their psychic gifts and many self identify as witches or wiccan. Stewart's characters are three dimensional and engaging, her plots will have you on the edge of your seat. The most recent entry is Wizard of Isis but you'll want to read them in order.

ch and her talking dog are prominent in Karen William's Nightshade. Her second novel, Nightshade is peopled with several enticing women and she deals with her characters a bit more complexly than her first novel (see below). Alex's healing is an important element of her finding love in this delightful romance. Cynthia Lamb's Brigid’s Charge is a well-researched and entertainingly crafted story of Deborah Leeds, a woman who immigrates to colonial America and brings her carefully hidden Irish Celtic wiccan faith. Readers who prefer a little more history and a little less magic will enjoy Brigid’s Charge. The title may be difficult to track down, but is very worth the effort.

Ellen Galford brings a goddess-centric island off the Scottish coast to life in The Fires of Bride: A Novel. Maria Milleny, an unemployed London artist is drawn to the enigmatic Dr. Catriona MacEochan and the generations of mysteries of the island people. Out of print, this charming, witty novel lingers like the ghost hidden in its pages.

Critters
Monsters are slightly less popular in gothic lesbian lit, although vampires tend to be the exception to the rule. However, there a few titles that can be considered “critter-filled.” Chris Anne Wolfe's Roses and Thorns is a retelling of the "Beauty and the Beast" romantic fairy tale that questions the definition of “monster” and crosses over with witchcraft playing a role as well. Ellen Galford’s award winning Dyke and the Dybbuk has an ancient demon trying to haunt a very modern dyke. The results are a riotous mix of humor. Great fun for those who like their spooks to be more droll than troll. 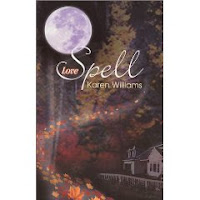 Karen William's Love Spell is a charming little romance that deals with stereotypes of monsters, witches, magic and love between the local vet, Kate and the mysterious Allegra. Kate struggles to understand all of these issues after she experiences the most erotic night of her life. Gomez’s The Gilda Stories: A Novel introduces a lesbian vampire with a strong morale sense and weaves through history into the future. Ouida Crozier suggests vampires are not undead, but beings from an alternative reality in Shadows After Dark and they need not just human blood, but our help.
Haints
Gothic tales of lesbian ghosts weave their way through a number of novels. Rebecca Montague’s A Wild Sea has Katherine dealing with the ghost of loss in more ways than one. In Zanger’s Gardenias Where There Are None the computer becomes a conduit for a different kind of communication for Melanie.

The communication is not merely a metaphor in When the Dead Speak: The Second Brett Higgins Mystery, as Allie and Brett find themselves experiencing strange happenings in their old house. The will of the spirit is overwhelming in House at Pelham Falls by Brenda Weathers. 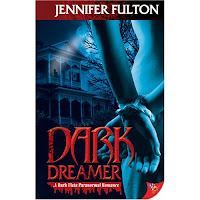 Long out of print, this ghostly story of lesbian love holds classic gothic elements and was the first preternatural lesbian story I ever read. Blayne Cooper’s Cobb Island is a love story that echoes doomed relationship for the past. Uncovering the echo of that relationship, and finding love is the theme of this tale. While Cooper & Novan’s The Road to Glory is a different, but very touching kind of ghost story. On a bit spookier note is Dark Dreamer: a Dark Vista Paranormal Romance by Jennifer Fulton. Rowe Devlin is having a rough patch in her life and falling for a woman who sees ghosts doesn't seem to be the answer. This is the first of a series of preternatural novels from Fulton.

Shadows of the Night: Queer Tales of the Uncanny and Unusual is a mixed anthology of stories by and featuring gay men and lesbians. It reads like a season from the Twilight Zone, and the stories here go from the odd to the down right scary, with some new twists on old ghost tales thrown into the mix. Out of Print and difficult to track down, The Ghost of Carmen Miranda: and Other Spooky Gay and Lesbian Tales is a fun mix of ghost stories. As with the title story, humor plays a role in some of the stories. Yet there are some very creepy entries here as well.

Night Shade: Gothic Tales by Women is a mix of supernatural stories, not all of which are queer. However, Jean Stewart’s story of the avenging hounds of the goddess, “Feeding the Dark” has stayed with me for years. Similarly, and also edited by Brownworth, Night Bites: Vampire Stories by Women is more feminist focused than “queer.” It also contains some memorable gems from the vampire theme.

Two of the best (and the first) anthologies to focus with lesbian vampires were edited by Pam Keesey, Daughters of Darkness: Lesbian Vampire Tales and Dark Angels: Lesbian Vampire Erotica. Both titles have been rereleased. Gomez’s Gilda makes an appearance and from Katherine Forrest, we have Drake in “Oh Captain, my Captain.” Keesey's introductions include an interesting evaluation on the history of the lesbian vamp in literature.

Without doubt, my favorite lesbian Halloween anthology is Kallmaker's 18th and Castro. The 13 stories relate to the residents of a mythic apartment building at 18th & Castro on Halloween night. It’s an address where you'll find intelligent, witty stories that are well-written and charming, and peopled with interesting characters. The preternatural makes at least two appearances. Readers will find something good to eat in this bag of treats!

Let's end this little Halloween reading list off with a tribute to the great lavender literary queen, Oscar Wilde with The Canterville Ghost. While there is very little lavender subtext in this charming little short story, it has Wilde’s trademark wit and wry observations about American and English cultures. And includes touching comments on the nature of love and the world. If you can find it, the Candlewick Treasures hardcover imprint (ISBN-13: 978-0763601324) is a delightful little book for ghostly Halloween gifting.

There you have it, a fine assortment of lavender Halloween treats for your reading pleasure.

BN: I'm not able to list all the authors and editors mentioned above in the labels, please look to the left to see full reviews of the titles mentioned, or reviews of other titles by those authors under the author's name.
Posted by MJ Lowe at 11:30 PM

MJ Lowe
lesbian book reader ... whenever I can.

This site is meant to be a public reference for the books reviewed. All rights are retained; this is copyrighted material. However, the author or publisher of a book reviewed on this site has limited license to reproduce the review in part or in full with full citation and credit, and notification to MJ Lowe via email that the review has been cited. Links back to this site are appreciated. Users of this site assume all risks of their use or from following links.